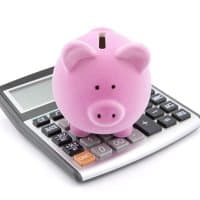 If your non-profit relies on on-premise licensing via grants and donations from Microsoft (usually procured via folks like Tech Soup), things are going to be changing for you next year. Microsoft is moving to a cloud-first grant program meaning many of their on-premise licenses will no longer be available at the discount levels they were before. While most of our non-profit clients have already moved a lot of their operation to the cloud so this doesn’t affect them, where this will affect folks is when it comes to server replacements. Typically, we would direct clients towards Tech Soup, because they could get licenses for their on-premise server as a grant from Microsoft, starting at a $15 admin fee instead of the $1200+ that a standard corporation would pay. Now those on-premise software grants will now longer be available for Windows Server licenses since they’re focusing on cloud-freebies instead.

That being said, there are still options for non-profits who maintain on-premise servers. As a Microsoft partner and part of Microsoft’s Partners for Social Impact program, Weston is able to offer those non-profit on-premise licenses at a substantial discount compared to retail pricing through their charity program (as well as help you plan migrations to the cloud if you want to go that route instead). Contact us when you’re ready and we’ll start that conversation.