Have an Amazon Echo? Channel Your Inner “Star Trek” Nerd 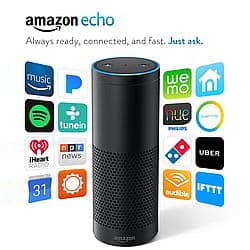 If you’ve ever watched Star Trek The Next Generation, you’ll know that Captain Pickard interfaces with the LCARS computer by saying “Computer” followed by a command. If you own an Amazon Echo or Amazon Dot, you are probably familiar with what it takes to activate the device: “Alexa” followed by a command. If you’d rather act like Pickard, you can now change the device’s wake word so instead of saying “Alexa, play music”, you can say “Computer, play music.” Which is infinitely better.