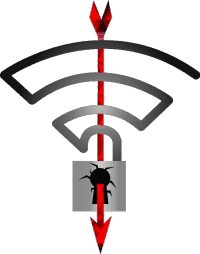 On Monday a research paper released that discussed how an attacker could compromise the WPA2 wireless encryption mechanism. This vulnerability has been dubbed Key Reinstallation Attack (KRACK), aka Krack Attack. While this attack is especially effective against Linux and Android client devices, the paper goes on to describe that any device using the standard WPA2 wireless security is vulnerable and should be patched.

This is a dangerous vulnerability. In its current state, it is very difficult to execute and needs to have a very close physical presence to the wireless network being compromised. That being said, once code is released for this vulnerability, it’s only a matter of time before exploiting it becomes easier.

If you’re trying to keep track as to whether your hardware/software vendor is vulnerable or has patches available, you can find updated lists here and here.

A couple other items to keep your information safe:

The code to perform this attack has not been released to the public yet, but it will eventually come out sooner rather than later. Get your devices patched now before they become vulnerable, and give us a call if you need any assistance.