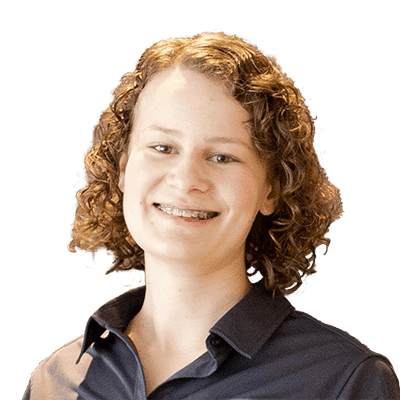 We’re only as good as our team. Our teamwork is one of our company’s Core Values (ask any of us and we’ll tell you the rest of them). Whenever we bring on a new team member, we like to introduce them. This one’s a little different, as you’ve met most of our team already while this team member has been with Weston for a while and just hasn’t gotten a proper introduction. This month, we introduce Weston’s behind-the-scenes, do-a-bit-of-everything utility player, Brynna McFarlane.

Name, and title and (to quote Office Space) “What would you say you do here?” : Brynna, Admin Assistant. I take care of the basic tasks and items so the techs can get to the more important things on their plates.

Hometown and how did you end up where you are? I was born in Anchorage, but I’ve been in Bend most of my life, so I consider it my hometown.

How did you end up at Weston? You might have guessed; my dad is the CEO. Originally, they needed someone to set up workstations to free up the service guys to work on higher priority tickets. So, here I am!

Favorite part about Weston? Weston has great values and the team works to align with them. We truly care about our clients and making a good impact on our community. I think that’s awesome.

What do you do for fun in your spare time? I’m kind of boring. I like to read, listen to music, and play video games.

What do in your spare time that nobody would guess? I knit! Hats and scarves are my favorite.

If you could witness any event past, present or future, what would it be? I can’t just pick one, but why can’t I have time machine? That would make life easier.

What chore do you absolutely hate doing? Cleaning bathrooms is no fun! But the result is worth it.

If you had to pick one word to describe yourself, what would it be? I think I’m going to go with Loyal. I value sticking by loved ones and helping out where I can.

If you could meet anyone, living or dead, who would you meet? Paul the Apostle. He would have so many good stories to tell and I think it would be super interesting to sit down and have a conversation with him.

What do you want to be when you grow up? Encouraging

If you could have any one superpower, which would you choose? Teleportation – No travel time or commutes!

What’s the craziest thing you’ve ever done in your life? This isn’t super crazy, but my family packed up, sold almost everything, and moved into a trailer to travel the U.S. for a little over a year.

If you could trade places with any other person for a week, famous or not, living or dead, real or fictional, with whom would it be? Probably some character from the Eragon series or something so I could ride a dragon.

If you woke up tomorrow as an animal, what animal would you choose to be and why? Maybe a bird so I can see what it’s like to fly, but I don’t like heights so that’s probably not the best idea.

What is the worst pet you have ever had? I’ve liked all the pets I’ve had so far, but when I was little I had two gold fish that didn’t last more than two weeks. I still blame the pet store.

How do you get your caffeine? Coffee, but I like it with milk and sugar.

What’s the strangest talent you have? I wouldn’t call it a talent, but I have “double-jointed” elbows, so I can gross out a couple of my friends.

If you were on an island and could only bring three things, what would you bring? I would bring a solar powered boat (has to be big enough to fit gardens on the top deck), Greenhouse to grow food, and sunblock.

Where’s Waldo? Probably at some convention where everyone would think he’s just dressed up as Waldo.

A penguin walks through that door right now wearing a sombrero. What does he say and why is he here? He’s asking for money so he and his three amigos can start their own mariachi band.

If I opened your fridge, what would I see? Probably cheese and tortillas because quesadillas are good and way too easy to make.

Here’s $20. What are you going to do with it? It will probably end up getting used for tuition (the joys of being a college student).