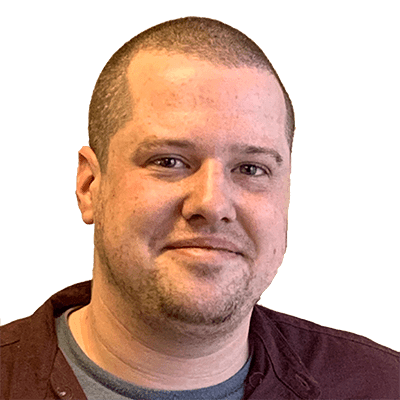 We’re only as good as our team, and they’re a pretty awesome team. Whenever we bring on a new team member, we like to introduce them. This team member has been with us a couple months now, but with everything that’s been going on, it’s been a bit too chaotic to get him featured on here. This month, we introduce you to one of the newest members (and the second Josh at Weston), helpdesk consultant Josh Jones.

Name, and title and (to quote Office Space) “What would you say you do here?” Josh Jones – Helpdesk Consultant

Hometown and how did you end up where you are? Portland, Oregon – I moved here when I was young.

How did you end up at Weston? I was working at a clothing store while I was here taking care of my mom, I applied, they called 😉

Favorite part about Weston? The customers!

What do you do for fun in your spare time? Hiking, videogames, play with my dog.

What do in your spare time that nobody would guess? I’m an administrator and oversighter of a major website that people visit daily. 😉

What chore do you absolutely hate doing? Dishes.

If you had to pick one word to describe yourself, what would it be? Enthusiastic.

If you could meet anyone, living or dead, who would you meet? Albert Einstein?

Choose a movie title for the story of your life. Star Wars

If there was a movie produced about your life, who would play you and why? I don’t think anybody would want to play me – my life is boring. 😝

What do you want to be when you grow up? Assassin!

If you could have any one superpower, which would you choose? Invisibility.

What’s the craziest thing you’ve ever done in your life? I used to find unprotected WiFi networks and change all of their default information. That was High School though.

If you woke up tomorrow as an animal, what animal would you choose to be and why? Bird, so I can fly.

What is the worst pet you have ever had? My dad’s dog (back when I was a kid) was unfriendly and would bite people. I hated that dog.

How do you get your caffeine? Coffee.

What’s the strangest talent you have? I have the ability to make people on the internet angry quite easily…

If you were on an island and could only bring three things, what would you bring? Computer, internet connection, some matches.

A penguin walks through that door right now wearing a sombrero. What does he say and why is he here? “Can I pick up my computer?” He’s here to get his new workstation!

If I opened your fridge, what would I see? Milk, tequila, condiments, steak, salad, chocolate pie, whipped cream!