HomeBlogNeed New Tech But Don’t Have Immediate Funds? There Are Options

Need New Tech But Don’t Have Immediate Funds? There Are Options 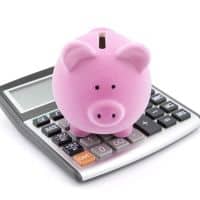 Look around your office: How much of the equipment around you should really be replaced? It’s old, it’s breaking down, it’s slow, it’s causing downtime – there could be a myriad of reasons why it needs to be replaced. But then reality sets in: “Does it all need to be replaced and how am I going to pay for it?”

Thankfully, those questions aren’t too hard to answer. Let’s start with the first question:

Does it all need to be replaced? Not necessarily. Let’s think about the equipment around your office and think about options:

Now that you’ve decided what to replace, now what?Procuring technology can break the bank if not done right, and we don’t wish that on anybody. Once a game plan is devised on what needs to be replaced, Weston Technology Solutions can work with you to devise a Hardware as a Service plan (HaaS). A HaaS will allow you to take advantage of the latest technologies with a easy-to-budget-for fixed monthly cost and replacement schedule. Call one of our solution consultants today at 541-383-2340 for more details on this plan and to schedule an assessment.