HomeBlogNew Intel CPUs: What The Heck is a P-Core and E-Core?

New Intel CPUs: What The Heck is a P-Core and E-Core? 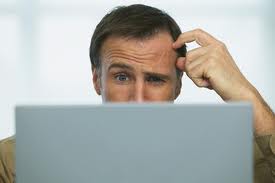 If you are shopping for a computer for your business, one of the specifications you’ll be looking at is the processor (aka CPU). If you’re looking at Intel-based processors (which are what most business computers use), you’ll see things like i3, i5, i7, etc… (see more on the differences on the i-whatevers here), and you’ll likely see something that talks about the about of CPU cores the system has (quad core, six-core, etc…). For many applications, you knew that more cores was mostly better (there were exceptions to this, but we won’t go into those).

Intel recently announced and is starting to roll-out their line-up of 12th Generation processors and processor shopping is about to get more confusing. The latest generation of Intel CPUs are taking a piece of the mobile-phone playbook and introducing processor cores that are ultra-efficient for background tasks. So now on higher-end processors, you’ll see P-Cores and E-Cores listed. What the heck does that mean?

First off, a bit of CPU history. In traditional multi-core processors that have dominated the Windows world for years, every CPU core is identical. They all perform the same, suck the same amount of power, etc … . Even when the CPU isn’t doing much (which most of the time it isn’t), it generally still draws the same amount of power.

This isn’t as much of a problem if you have a desktop computer that’s plugged into the wall, but what if you have a device that’s running off battery (laptops, phones, etc…)? Smartphone CPU designers created solutions to work around this, by creating multi-core CPUs that have some power-hungry processor cores but also some lower-power processor cores for doing simple tasks that don’t require much work. Those lower-power cores allow your battery last much longer on your smartphone.

Intel is taking a page from the smartphone world by adding more efficient cores to their CPUs. So when you’re looking at specifications of the processors, you’ll now see P-Cores and E-Cores:

So in theory, this will all make for a more efficient CPU, allowing your P-Cores to process all the heavy stuff while the lower-power E-Cores do all the basic stuff.

Hat tip to How To Geek and AnandTech for research and reviews on all this.