Along with the launch of Windows 11 in October, Microsoft announced several new “Built for Windows 11” Surface devices recently (though our distributors are telling us that some of these will be available in Windows 10 configurations when they are officially released). As an authorized Surface device reseller, we like Microsoft Surface hardware as it’s generally well built, sleek, and the warranty options are solid. Here are some highlights of their announcement.

Microsoft Laptop Studio: The biggest announcement has to be the Surface Laptop Studio. The Surface Laptop Studio is the most powerful Surface Microsoft has ever built. It is built as the ideal product for developers, creative pros, designers and gamers, bringing you the power of a desktop, the portability of a laptop and a creative studio all in one, with power CPU and NVIDIA RTX graphics. The laptop is able to transition from one mode to another very easily via a pretty neat little hinge system that allows the device to transition from laptop to studio/tablet as well as a “Stage” mode in-between. It also has a spot for the new Surface Slim Pen 2 to store neatly underneath.

While Microsoft hasn’t officially said one way or another, the Surface Laptop Studio is likely going to be the long-term replacement for the Surface Book 3 series of devices, based on what we’re hearing from our distributors.

Surface Pro 8: The iconic device that started the “Surface” revolution is getting an upgrade and slight redesign with 11th gen Intel CPUs, Thunderbolt ports, higher-refresh-rate and higher quality 13” screen. If you primarily need a Windows tablet with the occasional ability to type, the Surface Pro 8 is our go-to recommendation. Combine them with an Urban Armor case and you have a pretty indestructible portable powerhouse. 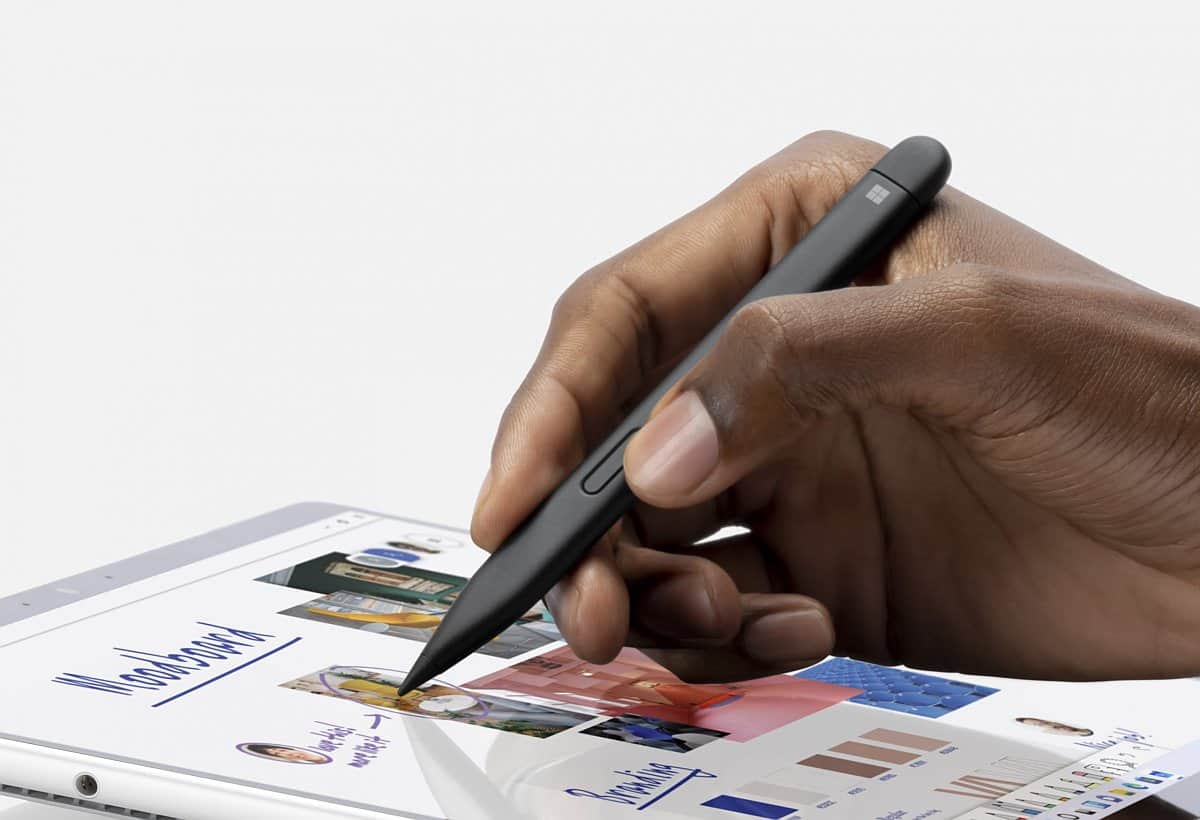 Surface Slim Pen 2: The Surface Pen was a great little device to really take advantage of the inking and pen experience in Windows and in Office 365. The Surface Slim Pen 2 improves it by making is more portable, tactile, and versatile. With zero pressure force and ultra-low latency, Surface Slim Pen 2 gives you even greater control and accuracy. The redesigned sharper tip helps put a finer point on writing, shading and inking. When magnetically attached to the Surface Laptop Studio or stored in the Surface Pro Signature Keyboard, it will charge and be ready to go when needed. Surface Slim Pen 2 leverages new capabilities in Windows 11 and our custom Microsoft G6 processor within Surface Pro 8 and Surface Laptop Studio to provide tactile signals that create the feeling of pen on paper.

Other Items in the Announcement: