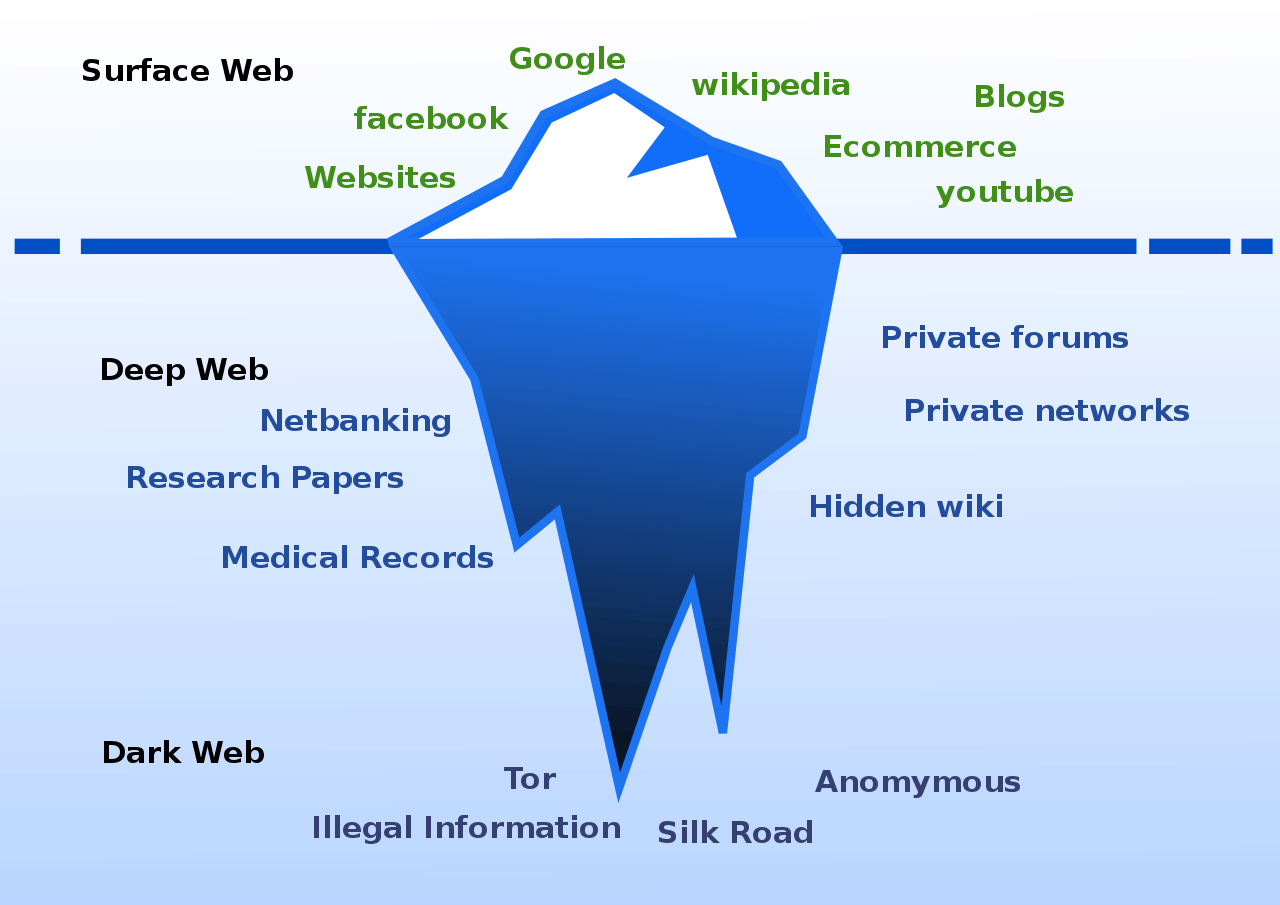 If you’ve heard stories about stolen credit cards or passwords and the like being acquired by hackers, the media report may say that information was available or purchased on the Dark Web or on the Deep Web. While some folks use those terms interchangeably, they are two very different things. Here’s what you need to know.

Deep Web: Despite Google’s goal of indexing all the world’s information, its spiders can’t get into everything. The Deep Web, by definition, is stuff that isn’t found on search engines (if a search engine can see it, it’s known as the Surface Web). Depending on which report you read, more than 90% of the web’s content lives on the Deep Web and can’t be found on sites like Google. Most of the pages in the Deep Web aren’t nefarious, they’re just unable to be found by search engines, either because they are intentionally blocked (sites may block search engine spiders from accessing certain parts of a site because they are duplicates, for example), require an account to get access to (like a web mail account, newspaper sites, or a private bulletin board forum site), or are otherwise intentionally private. You don’t need special tools to access the Deep Web, you just need to know the right website to go to. The reality is that most of the Deep Web is harmless, but there are certainly places on the Deep Web that sketchy things go down.

Dark Web: The Dark Web is built around privacy and anonymity (which is why it’s very popular about among criminals). While there are certainly legitimate reasons for that kind of anonymous browsing (business or political reasons or journalists protecting their sources, for example), there is a lot of dangerous stuff on the Dark Web. If you wanted to buy a stolen credit card or illegal drugs, there are places on the Dark Web where you can do it. Nearly anything illicit that you are looking for can be found somewhere on the Dark Web. The Dark Web is most commonly accessed using special software on Tor Network and accessing .onion sites. While accessing the Dark Web isn’t illegal, it’s certainly ill-advised if you don’t know what you’re doing.

Make sure your team isn’t accessing sites they shouldn’t be. Call Weston today and learn more about our CompleteCare solutions which include content filtering to make sure folks aren’t accessing potentially harmful sites.