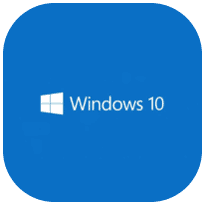 While things aren’t nearly as confusing as they used to be with the multiple editions Windows XP and Windows 7, there are still more than a few editions of Windows 10 and it can be confusing as to which version you need. Here’s what you need to know about the various Windows 10 editions that matter to you and your business.

For most folks, those are the only two editions of Windows you’ll ever see in the wild and this Microsoft comparison chart compares them well. However, there are a few other versions that are out there that you may see and you might want to be aware of.

Windows 10 S: If you have a cheap Surface Tablet or Laptop, there’s a chance it might have this version of Windows on it. Debuting last year, Windows 10 S is built primarily for simplicity and speed. As such, it’s probably the least flexible of the Windows editions: It can only run applications from the Windows Store. You cannot load third-part applications that aren’t from the Store. While this does keep you from running malware-ridden apps, it does limit its flexibility in corporate environments where third-party apps are generally what keeps businesses running. Read more on Microsoft’s site.

Windows 10 Pro Workstation Edition: If you run high-end applications that need a lot of CPU and Graphics power (for applications like AutoCad, Revit, SolidWorks, Adobe Premiere, high-end 3D editing programs, etc…), there’s a pretty good chance you’ve seen this version being sold on new machines. We did a quick write up on this edition when it first was released last year. This version is built primarily for workstations that have multiple physical CPUs and large memory requirements (this can use up to 6TB of RAM). For most of you, that isn’t needed, but it is out there in case folks need that kind of raw power in a desktop.

Windows 10 Education, Enterprise, LTSB, E3, E5, etc… There are several other flavors of Windows 10 that are purpose-built for specific environments on a subscription models that aren’t needed for most small and medium businesses as these are built for organizations with specialized needs or a ton of machines. You can compare the Windows for Business options (Pro, E3, and E5) here and more about Windows 10 Education here.